Anaiya Sophia hosts a series of conversations with whom she considers to be the most incandescent people of our time. Now, when all appears dark and foreboding, there are those who carry a message for humanity at this time. 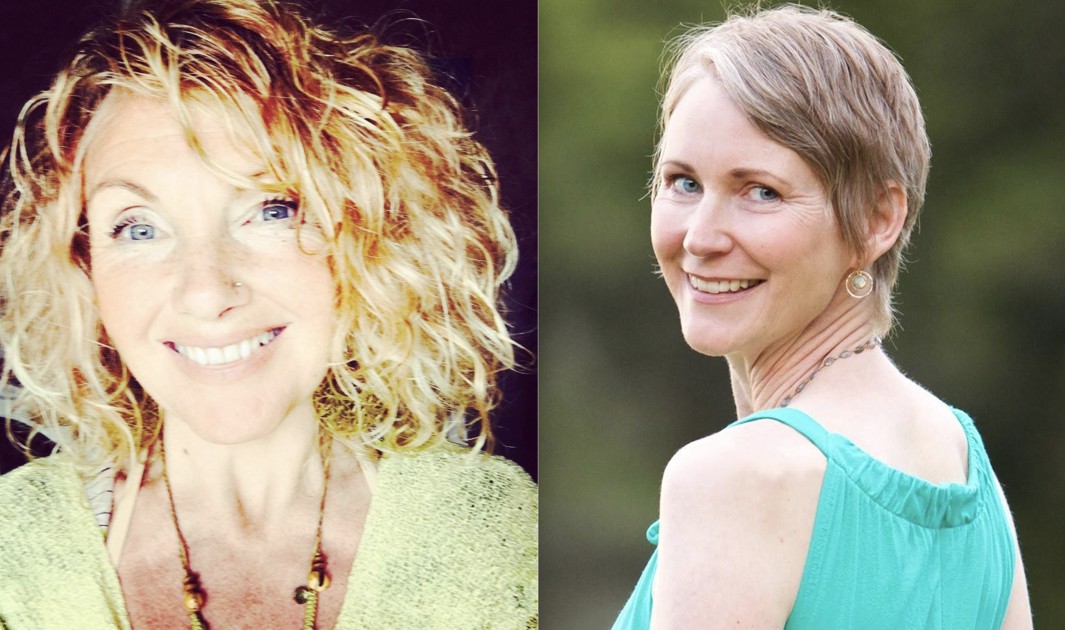 Vanessa Jade is a survivor of systemic child sex trafficking and ritual abuse within an elite network of paedophiles including well-known figures. She survived these experiences mainly due to a very strong connection to the spiritual realms starting in early childhood through several near-death experiences. Her healing journey has spanned many years, many mentors, and a lot of powerful and deep transformational inner work and alchemy!

She is currently writing a memoir of her journey to forgiveness. 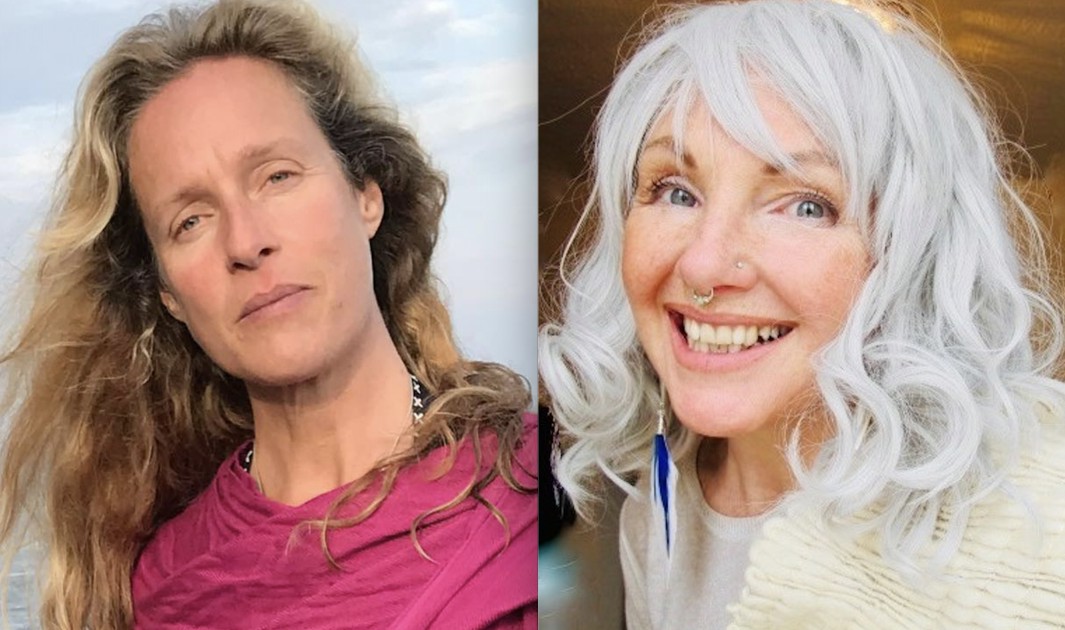 Episode 14: For It Is Written... with Lalita Karoli

Lalita is a Galactic Shameness Astrologer like no other. She has utterly dive-bombed into my life and brought a light, like no other!

On May 13th Venus, we shall enter the Venus retrograde at Alnilam. As Innana, the Queen of Heaven will Station for her retrograde descent at the Star Alnilam. This Star the White fire of Transmutation... will guide Innana’s journey to the underworld to meet the Dark Sister, Erishkigal who is crying the Funeral Lament.

I think that translates as... 'It's only going to get worse, much worse, and much more honest, much more broken.'

You might think I'm mystical and fully animated - we all need to check out Lalita - for this one is Next Level! 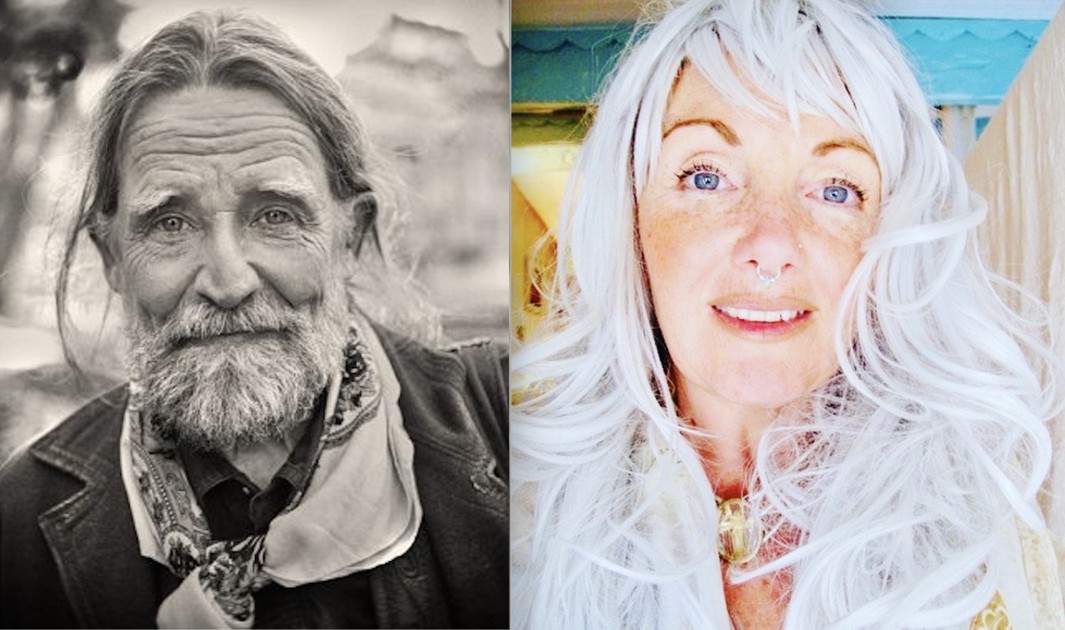 Episode 12 with Stephen Jenkinson - Elderhood, Dying and Coming of Age

Stephen is a teacher, author, storyteller, spiritual activist, and founder of Orphan Wisdom. He makes books, tends farm and mends broken handles and fences, succumbs to interviews, teaches and performs internationally. Our topic includes how to die well in a death-phobic society, especially poignant during this Coronavirus pandemic. I first come across Stephen when I watched his Griefwalker documentary and saw the staggering and sterile emptiness in which so many people die today in the modern world. Stephen's approach to death is alive, honest and so desperately needed. During our conversation, we talk about Elderhood, asking the question - where is it and how to be one? 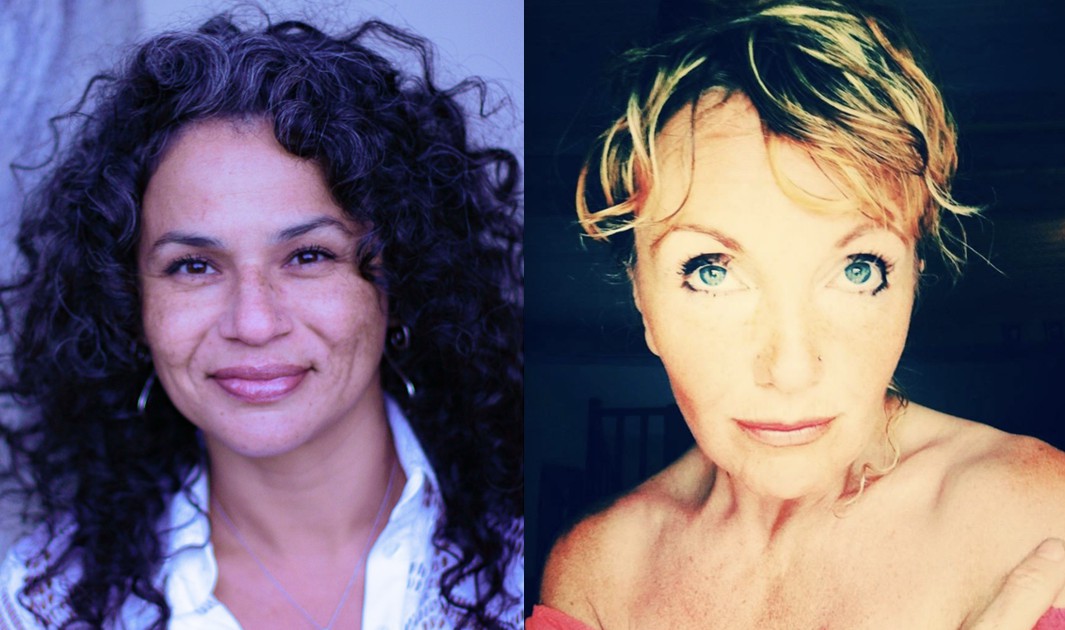 Join me with Vanessa Alfaro: The Empowered Communicator on another episode of the Messages for Humanity Vodcast.

The Empowered Communicator, Coach and Mediator, Vanessa Alfaro's mission is to coach women on how to have effective and courageous conversations in their lives. She also helps women transform anger from destructive patterns of expression to healthy and creative ones so that they unapologetically step into their greatness and powerfully speak their truth. And, she's an expert in resolving conflict. The purpose of these dialogues is to bring together the clearest and most genuine way-showers of our time to hear and heed their message. Their words and the spirit in which they deliver them could lead us toward a trail of breadcrumbs that inevitably guides our way home.

Check out more about Vanessa Alfaro at https://vanessaalfaro.co/ 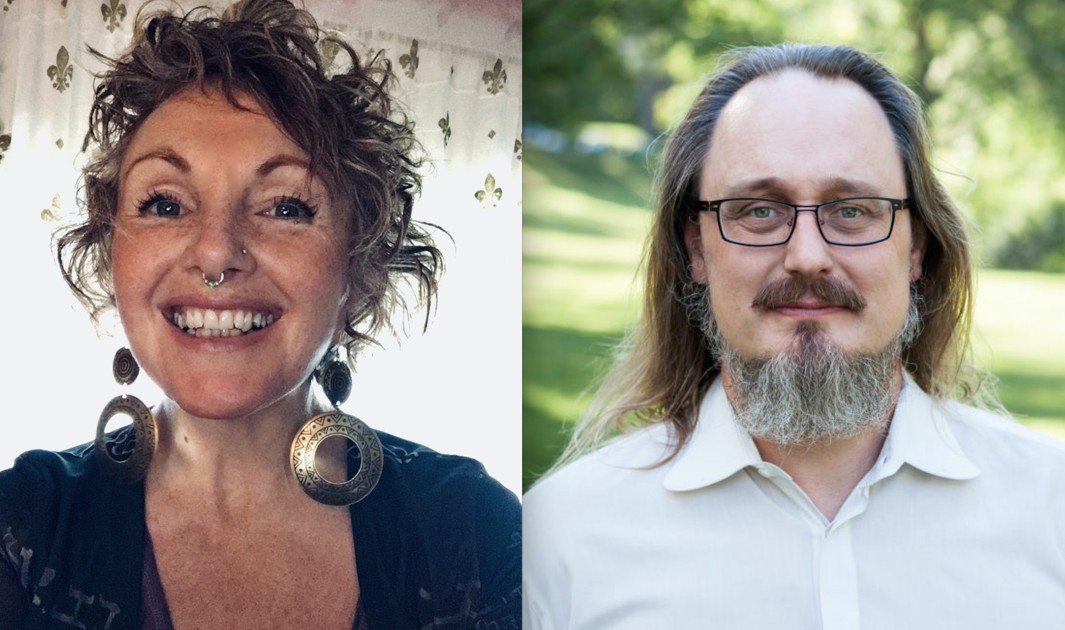 Join me for this absolutely brilliant conversation with Matthew Remski, author of many books, his latest being Practice and All is Coming: Abuse, Cult Dynamics, and Healing in Yoga and Beyond. In this episode we really get into the dynamics being unravelled in the recent Kundalini Yoga expose, and, in all honesty, the majority of yoga's that came to the West. I personally have been through this experience, and so, feel particularly connected to this topic. In this conversation, we focus mostly on the psychology of Cults, which enables, and disables this widespread abuse and hypnosis. I personally want to thank Mathew and all like him, because in my day - there was no one to talk to.His clear and direct approach is a breath of fresh air.

Check out more of Mathew at http://matthewremski.com 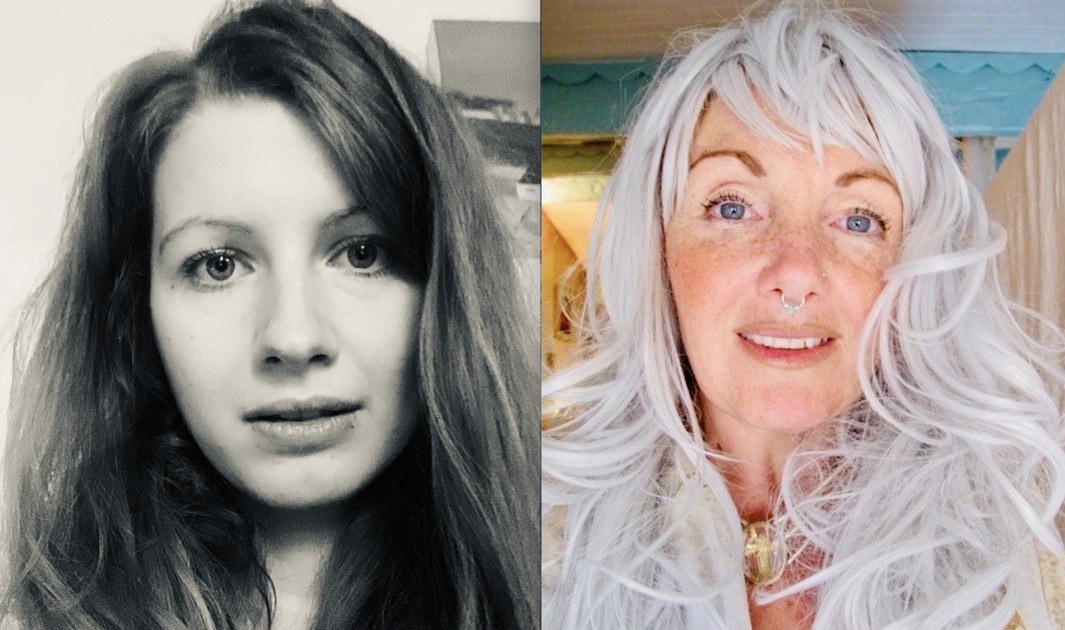 At a time when the future seems so uncertain, Emeline will bring to the forefront the kinds of concerns and worries that her generation now faces. The willingness to listen to the younger generation was a quality that Andrew Harvey placed heavy emphasis upon, and so, let us do just that - and truly hear what the next generation has to say. 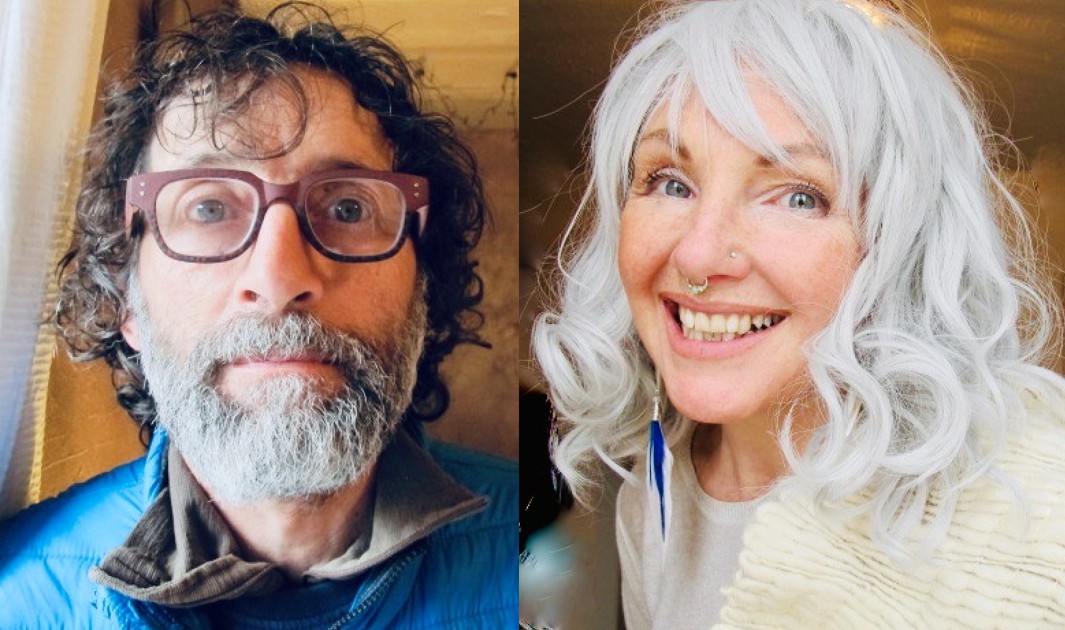 Tonight's episode of The Golden Age is with Pete Wilson, Poet, Worker with Men and writer. Our topic is Men, particularly the post-patriarchal man. We discuss how it is for men, as everything seems to be falling, identity, sexuality, positioning in the family and what was thought to be religious, political and cultural truth. 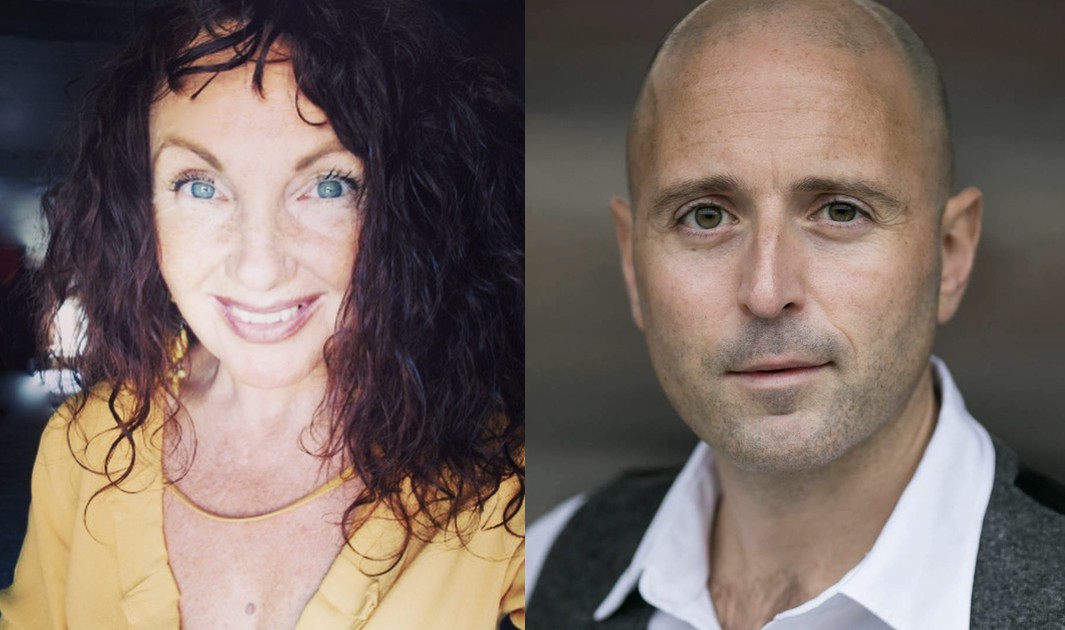 As we progress through this expand and contract birth canal known as this evolutionary shift, we need to know how those of us with weakened or non-existent boundaries are more prone to challenges from cult entity attacks/interference, injecting through the cracks of our energy body due to lack of embodiment, past wounding/trauma and not having fully anchored our soul essence into the body. For Episode 4 of The Golden Age, Anaiya will be speaking Lee Harris, Author, Energy Guide, Musician, Channel, Healer and most importantly, Friend. Our goal this evening = Incorruptible Boundaries Against Astral and Human Interference. 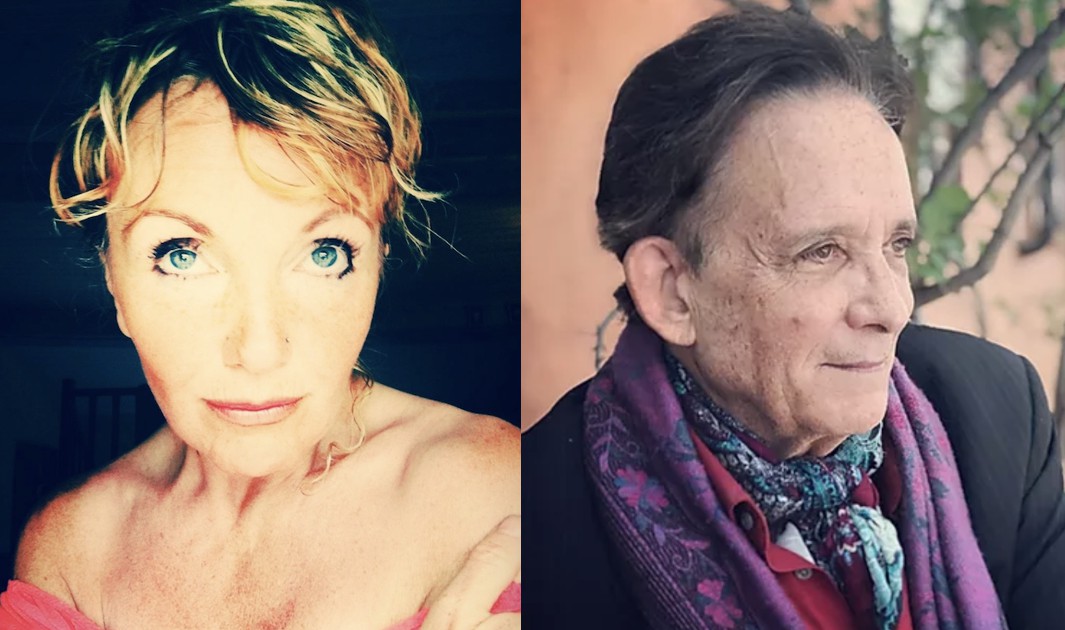 I am sure there is no one left on the planet that hasn’t noticed the radical changes in sexuality and gender orientation. We are now in an era where sexual fluidity has become mainstream. Rigid definitions of sexuality are on the way out, as the younger generation embraces a ‘never say never’ approach to sex and gender So, let’s dive down this rabbit hole with Andrew Harvey, author, sacred activist and voice of our time, as we take a closer look at where all this could lead us, and why it’s arising now, at this dawn to the Golden Age. 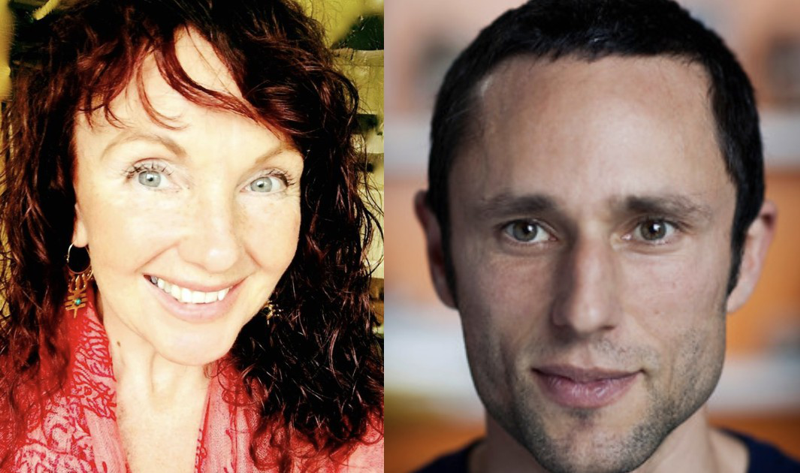 Tonight's episode of The Golden Age is with Charles Eisenstein (author of Climate: A New Story). Our topic will be Ecocide (deliberate destruction of the natural environment). But we've all heard the facts and figures - so it won't be that kind of conversation.

This is going to be a conversation between a Messenger and a Mystic. To bring through something you can feel in your gut as living truth and competent counsel. The purpose of these dialogues is to bring together the clearest and most genuine way-showers of our time to hear and heed their message. Their words and the spirit in which they deliver them could lead us toward a trail of breadcrumbs that inevitably guides our way home.